"[T]here's something about industrialization that causes malocclusion. It's not genetic; it's a result of changes in diet and/or lifestyle. A "disease of civilization". I use that phrase loosely, because malocclusion isn't really a disease, and some cultures that qualify as civilizations retain traditional foodways and relatively good teeth. Nevertheless, it's a time-honored phrase that encompasses the wide array of health problems that occur when humans stray too far from their ecological niche." - Stephan Guyenet, PhD (Malocclusion: Disease of Civilization, Tuesday, September 29, 2009, http://wholehealthsource.blogspot.com/2009/09/malocclusion-disease-of-civilization.html; summary at http://wholehealthsource.blogspot.com/2009/12/malocclusion-disease-of-civilization.html)

Cooking and Processing That Soften Foods Created Human "Dental Chaos":
"Crooked and disordered teeth may be the result of ... relatively mushy cooked food, suggests new research. ... [Anthropologist Peter] Lucas's theory is that human dentition began to go haywire soon after our early Homo ancestors [learned] to chop and process food with simple tools and, later, to cook it. These processes greatly decrease the size and toughness of food. Lucas estimates, for example, that molars can be between 56% and 82% smaller when eating cooked potato rather than raw." (Human 'dental chaos' linked to evolution of cooking, 14:25 19 February 2005 by John Pickrell, Washington DC
http://www.newscientist.com/article/dn7035)

Jawbones are 'shaped by diet', a study finds
http://www.bbc.co.uk/news/science-environment-15823276
> Diet has shaped human jaw bones; a result that could help explain why many people suffer with overcrowded teeth.
> The link between jaw morphology and diet held true irrespective of where people came from in the world, explained anthropologist Noreen von Cramon-Taubadel from the University of Kent.
> the sole author of the paper suggested that the changes in human skulls are more likely driven by the decreasing bite forces required to chew the processed foods eaten once humans switch to growing different types of cereals, milking and herding animals about 10,000 years ago.
> "As you are growing up... the amount that you are chewing, and the pressure that your chewing muscles and bone [are] under, will affect the way that the lower jaw is growing," explained Dr von Cramon-Taubadel.
> studies of captive primates have shown that [captive] animals tend to have more problems with teeth misalignment than wild individuals ... [and] that hyraxes - rotund, short-tailed rabbit-like creatures - have smaller jaws when fed on soft food compared to those fed on their normal diet.

"Our daughter had crowded teeth a few years ago, as a preteen. It overlapped with the period of my transformation [to a whole-foods, low-carb evolutionary diet], which meant that she started having a lot more natural foods to eat. There were more of those around, some of which require serious chewing, and less industrialized soft foods. Those natural foods included hard-to-chew beef cuts, served multiple times a week.

We noticed improvement right away, and in a few years the crowding disappeared. Now she has the kind of smile that could land her a job as a toothpaste model:" 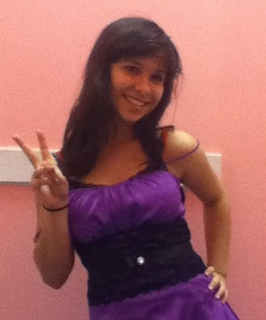